What Does It Mean to be Joint Heirs with Jesus? 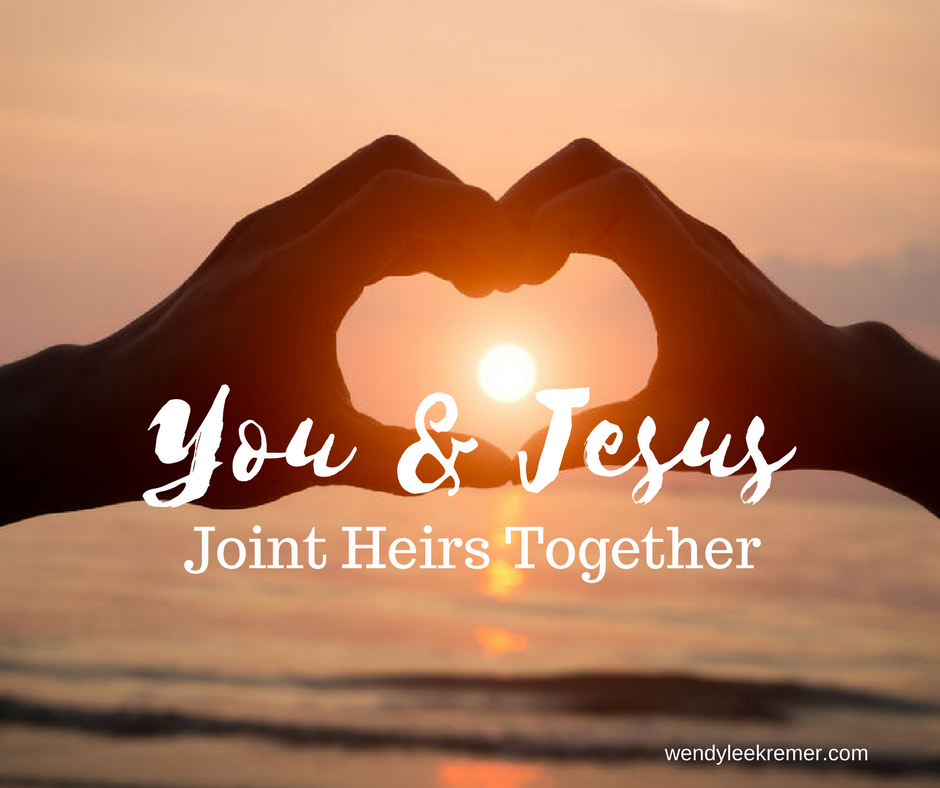 “The Spirit Himself bears witness with our spirit that we are children of God, 17 and if children, then heirs—heirs of God and joint heirs with Christ…” Romans 8:16-17 (NKJV)

The mandate the Holy Spirit gave me when I started my blog was to teach God’s children about their identity, inheritance and the influence they have in this world.

Being joint-heirs with Jesus is mind-boggling when you think about it. These truths need meditation – or noodling. Let your mind roll over this thought for a while. If you know how to worry, you know how to meditate. It’s simply thinking over and over about something. Most of us are experts at thinking on negative thoughts – worrying – but try this positive thought instead.

“I am a joint heir with Jesus.” 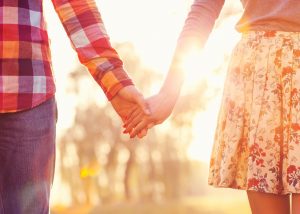 An heir is someone who inherited something. It’s not something you worked to achieve. An heir to the throne didn’t have to go to school to learn to be an heir, she didn’t work hard and get good grades so she deserved it. He didn’t fight his way to the top position to be the heir.

An heir receives an inheritance because someone else did the work, earned the money, developed the fortune and then died. The heir gets the benefit of someone else’s hard work.

As a Child of God, someone who has received what Jesus did for us on the cross, we have been MADE joint-heirs with Jesus.

Jesus did the work! He died to pay our debt, then He rose again victorious over sin and death. He inherited all God is and has. All the power, all the riches, all the glory. He paid the price, we got the inheritance with Him because He lives again!

We have inherited all of God’s power and glory. We have inherited everything God has, which is beyond comprehension. This is an amazing blessing but also a big responsibility for us.
Being a joint-heir is similar to having a joint checking account.

God deposited all the riches of His kingdom into the account. All the resources of the world are on deposit.

However, similar to the banking rule that a check made out to two people cannot be cashed without the endorsement of both parties, so as joint-heirs, we must cooperate with each other to cash the check.
Jesus has already signed his name to every promise, every to every check. He did His part. Now it’s our turn.

It is not true that God is in control and He’ll just do it all.

Ephesians 3:20 New King James Version (NKJV)
Now to Him who is able to do exceedingly abundantly above all that we ask or think, according to the power that works in us,

A lot of people just quote the first half of that verse and leave it up to God to do the rest.

But the verse says, “according to the power that works in us.”

That means we have to work too. Not to be saved, but to believe to inherit the promises.

God has absolute power and authority but He has given us dominion over this earth.

Psalm 115:16 (Amplified Bible) The heavens are the Lord’s heavens, but the earth has He given to the children of men.

In the very beginning of creation, God gave dominion to man over the earth. Genesis 1:26.

God will not go back on His Word. He gave man dominion so we are to rule over this earth. He is a gentleman, He only helps when asked.

God works with us and through us. 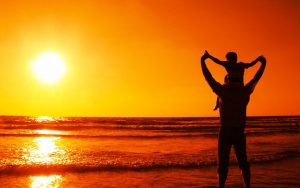 A joint heir can’t act independently to get the inheritance, we have to act together.

This means we have to take our authority, as a joint-heir with Jesus and declare what we want to see on earth. In our family, In our church. In our government. We take the promises of God, the checks Jesus has already signed – now they need our signature as well.

We endorse the checks, the promises, by agreeing with God, believing the promises and acting on it as if it were true – because it is!

Here’s what happens when the two of us endorse the promises together as joint-heirs:

Ephesians 3:20 (Amplified)
Now to Him Who, by (in consequence of) the [action of His] power that is at work within us, is able to [carry out His purpose and] do superabundantly, far over and above all that we [dare] ask or think [infinitely beyond our highest prayers, desires, thoughts, hopes, or dreams]

Download my gift to you “70 Promises for an Abundant Life” There are lots of promises you can claim for every situation in your life.

Author: wlkremer
Filed Under: Identity, Influence, Inheritance
Your Angels Are Listening To God’s Word
Taking Communion in an Unworthy Manner – It’s Not What You Think!

1 thought on “What Does It Mean to be Joint Heirs with Jesus?”