Believing and Speaking Opens the Door to the Supernatural 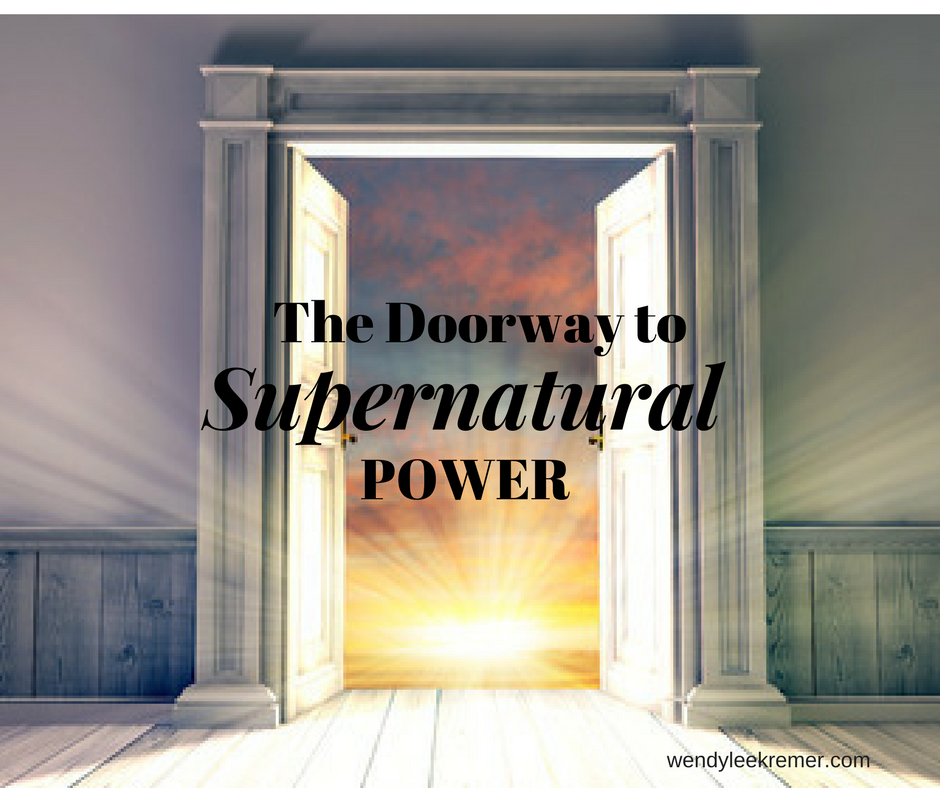 It’s not enough to believe the Word of God. You must speak it out.

The devil doesn’t care what you believe as long as you don’t talk about it! Why? Because the devil knows how God created everything.

God spoke, and it was as He said.

God created us in His image. Humans are the only creatures God made with the ability to speak. We create with our words just like our Father. God says so in Proverbs 18:21, “Death and life is in the power of the tongue.”

When the enemy comes against you, speaking doubt, lies, fear in your ear – fight back with your words!

Never let the devil have the last word.

Let’s look at how David applied these truths to win the victory over Goliath.

Goliath was a 9′ 9″ giant, the champion of the Philistine army. He had been taunting the army of Israel for 40 days. With his booming voice, he scoffed and threatened the army of Israel. He came out every afternoon, blasting them with words that put fear into the soldiers. It says in I Samuel 17:24, when they saw the man, they ran from him and were dreadfully afraid.

This is what the devil does; he speaks fear and doubts to keep you from your purpose and destiny. He whispers in your ear, saying, “you can’t do it. You’re a loser.” “Your parents didn’t even want you; you were a mistake.” “Who do you think you are?” “You’re a mess, and there is no way out.” The devil acts like Goliath.

But when David came to the battle – he came full of the spirit of faith.

He was the first Israelite to talk back to the giant. He knew God’s power and was not going to put up with this “uncircumcised Philistine” belittling His God!

He ran toward Him with his words and his slingshot and took him down! Cut off his head and took the army captive!

2 Corinthians 4:13 says, “And since we have the same spirit of faith, … we also believe, and therefore we speak.”

Believing and speaking opens the door to the supernatural.

It worked for David, and it will work for you too!

Mark 11:22-23 explains how to open the door to the supernatural in your life.

22 So Jesus answered and said to them, “Have faith in God. 23 For assuredly, I say to you, whoever says to this mountain, ‘Be removed and be cast into the sea,’ and does not doubt in his heart, but believes that those things he says will be done, he will have whatever he says.

Hang your faith on God’s faithfulness and dependability. First, you believe and know that His Word never fails. He will never let you down. Then from that faith and belief – you say!

In this foundational promise of the New Covenant, we see that “say” is mentioned three times.

For assuredly, I say to you; whoever says to this mountain, ‘Be removed and be cast into the sea,’ and does not doubt in his heart, but believes that those things he says will be done, he will have whatever he says.

With your “saying,” you can move your mountains. Goliath was David’s mountain. A mountain is anything that looks too big for you – an impossible situation.

Where does the mountain move? “Into the sea” It is swallowed up in the sea, never seen again. When this happens, it will look like you never had the problem in the first place!

Another exciting word in this verse, “whosoever says,” That means any believer can do this!

Believe the Word, God’s promises, then speak it out with authority so the devil can hear it.  Your angels will hear it too and will come to your assistance!

You can create supernatural victory in your life.

Don’t be camping out around your mountains. Don’t just settle for putting up with the problem. Take authority, claim the promises that remove that mountain, believe, and speak! And watch your mountain disappear.

Still not convinced that life and death are in the power of your tongue?

When I was in school (I admit that was more than a few years ago), we learned that the smallest particle was the atom.

Recently, scientists discovered that there is an even smaller particle. Technically named a “quark,” – scientists call it the “God particle.” Now, guess what is in a quark?

This fact gave me chills. The quark is composed of sound waves.

Everything is made and held together by sound waves or words.

This goes back to Genesis. God said, “Let there be light.” And light was. God created everything with His words.

Because everything is made of words (sounds), everything responds to words.

Get this: God’s Word in my mouth is just as powerful as God’s word in His mouth. The Word is VOICE-ACTIVATED!

So if you’re not happy with what you are seeing – check out what you’ve been saying.

Paul admonishes in Philippines 4:8, Whatsoever things are pure and lovely and of good report, think on these things.

To know what the Bible says is not enough.

Knowing the Word but not speaking it – causes you to lose by default.

Your tongue determines your destiny. (Jame 3:2) Here’s one more example. In Acts 16:25, we have a great example of Paul and Silas creating with their words. Paul and Silas had been whipped and beaten and locked in the inner jail with no way out. Their backs were bleeding. But at midnight, they started praising God. They moved their mouths, declaring God’s goodness, even in their bleak situation. Their mouths moved their mountain. The power of God came down with the sound of their voice. It broke open their prison doors! It moved their mountain into the sea!

Their believing and speaking opened the door to the supernatural.

What giant or mountain is staring you in the face?

Get the promises of God. Believe them. Speak them out. And watch your mountain disappear into the sea.

Who do you know who needs to hear this message? Please share it!

Author: wlkremer
Filed Under: Uncategorized
God Is Not Angry At You, He Is Not Even In a Bad Mood
Salvation – It’s Not Just a Ticket to Heaven Anymore!