God Is Not Angry At You, He Is Not Even In a Bad Mood 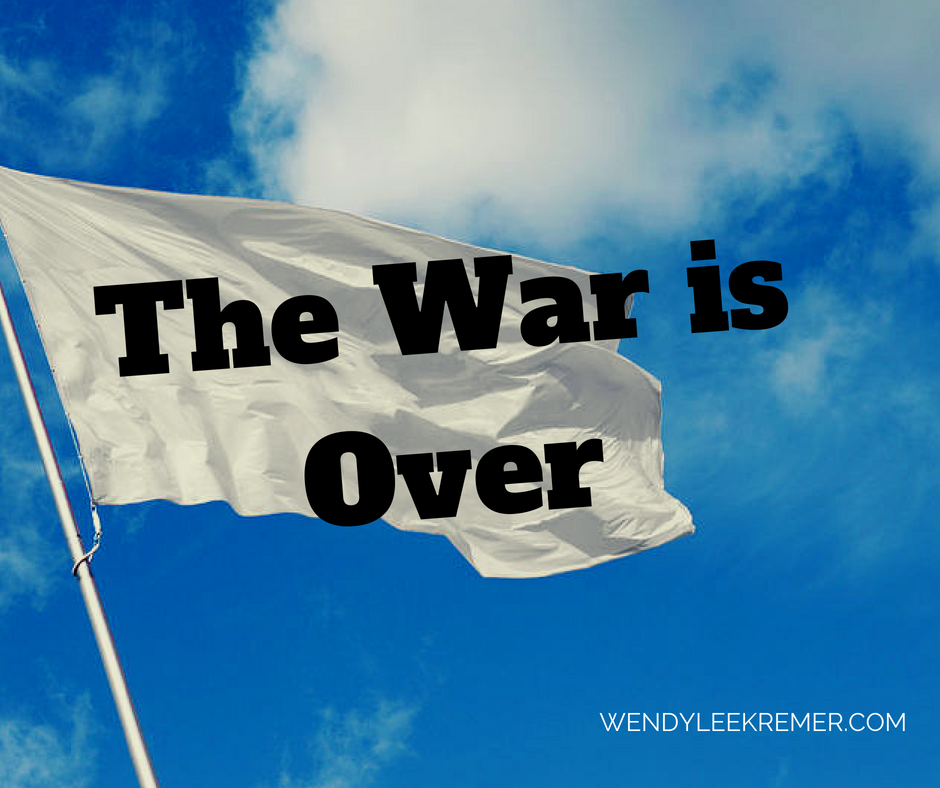 Do you remember September 11, 2001? Of course, you do. If you’ve lived very long, you can recall many terrible things that have happened in this world, including tsunamis and hurricanes of biblical proportions. And certainly, every one of you has your own individual tragedy that you deal with or have dealt with. There is a lot of hurt and pain in this life.

People are reeling from the blows they’ve received and are trying to make sense of why all of this happens. Sadly, many Christian leaders haven’t been much help. As a whole, they’ve said these things are the judgment of God upon our sins.

Even a very well-known televangelist was quoted recently telling people that because they voted “intelligent design” people off their city council, God’s judgment was going to strike their city and that when it happens, they shouldn’t cry out to God, because they deserve what they will get.

This rationale for why bad things happen grieves me, and I believe it grieves the Lord too. It’s totally missing the point of why Jesus came. Jesus forever changed the way God relates to mankind. Sure, there are scriptural examples of God’s catastrophic judgment on sin. But God’s greatest act of judgment was when He placed all of His wrath for our sins upon Jesus. This forever satisfied God’s wrath. Since that time, God hasn’t been judging our sins (2 Cor. 5:19).

God’s not angry at us. He’s not even in a bad mood.

Look at the angels’ joy at the birth of Jesus in Bethlehem.

“And suddenly there was with the angel a multitude of the heavenly host praising God, and saying, Glory to God in the highest, and on earth peace, good will toward men.”

This scripture is very familiar to us, yet there is a lot of misunderstanding about what it’s saying. Some translations say they were proclaiming “good will among men” or “peace to men of good will.” Basically, this passage has been interpreted to say Jesus was bringing peace on earth among people. That’s not why these angels were praising God. If that interpretation were true, then Jesus’ own words in Matthew 10:34-36 would contradict this. He said,

Jesus Himself said He was not sent to bring peace on the earth among people.

The peace that the angels of Luke 2:13-14 were praising God for was peace BETWEEN God and man. They were announcing the end of God’s war on sin. Peace now reigns between God and man.

Prior to Jesus’ coming, there was wrath from God against mankind for his sins. It wasn’t total wrath. Even in the Old Testament, we see God’s mercy and grace. Yet the Old Testament Law was a ministry of wrath (Rom. 4:15 with 2 Cor. 3:7 and 9), and people’s sins were held against them. But when Jesus came, God quit holding people’s sins against them. This is exactly what 2 Corinthians 5:19 and 21 says:

“To wit, that God was in Christ, reconciling the world unto himself, not imputing their trespasses unto them; and hath committed unto us the word of reconciliation…For he hath made him to be sin for us, who knew no sin; that we might be made the righteousness of God in him.”

The word “reconciliation” is talking about making peace. God was no longer holding us accountable. Instead, He imputed our sins to Jesus, making Jesus accountable for our sins. Jesus became what we were so we could become what He was—the righteousness of God.

Jesus was like a lightning rod that drew all the judgment of God unto Himself.

“Now is my soul troubled; and what shall I say? Father, save me from this hour: but for this cause came I unto this hour. Father, glorify thy name. Then came there a voice from heaven, saying, I have both glorified it, and will glorify it again. The people, therefore, that stood by, and heard it, said that it thundered: others said, An angel spake to him. Jesus answered and said, This voice came not because of me, but for your sakes. Now is the judgment of this world: now shall the prince of this world be cast out. And I, if I be lifted up from the earth, will draw all men unto me.”

Many have thought this thirty-second passage means that if God is properly glorified in our preaching, then He will draw all people unto Himself. But that is not what this passage is saying.

If you look in the King James Version Bible, notice that the word “men” in verse 32 is italicized. That means it wasn’t in the original language. The translators put this word in italics to let you know this was their addition, but it wasn’t a part of the text. If you take this verse in context, I believe that the Lord was saying He would draw all JUDGMENT to Himself. Jesus, like a lightning rod, attracted all of God’s judgment for all of mankind’s sins for all time unto Himself.

All the murder, all the perversion, every vile and rotten sin imaginable, all sickness, and all disease ever known to mankind actually entered into His physical human body.

Isaiah 52:14 talks about the crucifixion of Jesus and says that He was marred more than any man to the point that He was unrecognizable as a human being.

That could not just happen from physical beatings, especially since the Word says that not a single bone was broken in His body (Ps. 34:20 with John 19:36). I believe His body was completely disfigured from the cancers, tumors, diseases, deformities, and anything else human beings have ever suffered.

Jesus didn’t ask for the cup to be taken from Him just because of the physical pain He would suffer but because He did not want to become sin. He hated becoming what He came to redeem us from. And the worst part of all Jesus’ sufferings was total rejection from His Father.

“And about the ninth hour, Jesus cried with a loud voice, saying, Eli, Eli, lama sabachthani? that is to say, My God, my God, why hast thou forsaken me?”

God the Father forsook Jesus so you and I would never be forsaken. All that you and I would have suffered, through billions of years in eternity—the grief, the pain and, worst of all, the complete separation from the presence of God—Jesus experienced. And He experienced all of this for us. When we say God is judging our sins as individuals or corporately as a nation, we are voiding what Jesus did. That would be “double jeopardy.”

Some of you may not like this, but it’s true.

Sin isn’t a problem with God anymore. It’s the church that has made it a major deal.

Neither past, present, nor future sins can separate you from God. The only people who will go to hell are those who have spurned and rejected the greatest sacrifice that has ever been made. In heaven, you won’t answer for your sin; Jesus already has. You will answer for your acceptance or rejection of Jesus.

You might now be thinking, You’re just giving people a license to sin. Well, it seems to me that people are doing a pretty good job of that without a license. What I’m saying will not free you to sin; it will free you from the condemnation and the guilt that comes when you do sin.

To continue in sin is just stupid. You’ll be opening the door for Satan to have an inroad into your life (Rom. 6:16). If you do, then you will suffer the natural consequences of sin, but it will not be because of the judgment of God. If you commit adultery, you will probably lose your family, but it was you who caused it, not God.

Natural disasters are just that—natural disasters. We live in a corrupted world where bad things happen, but God isn’t the cause of them. If He were, why would He stop at New Orleans and the Gulf Coast of America? Surely all of us deserve the judgment of God. But, praise God, we don’t get what we deserve.

Author: wlkremer
Filed Under: Uncategorized
Five Steps to Miraculous Victory in Impossible Situations
Believing and Speaking Opens the Door to the Supernatural